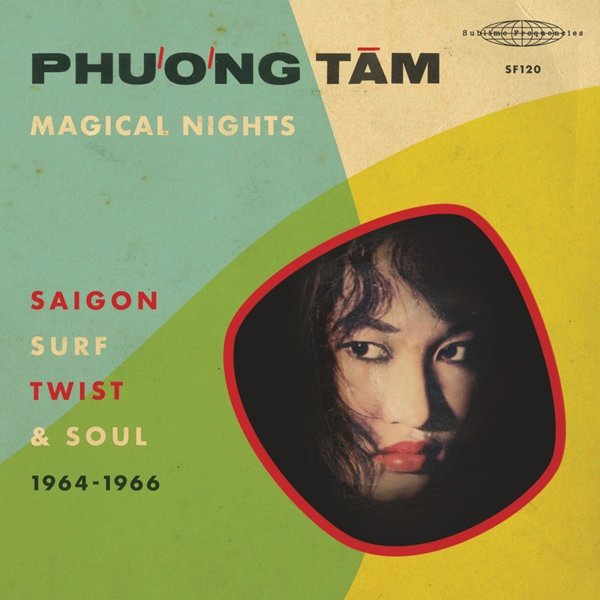 Also available
Phuong Tam — Magical Nights – Saigon Surf, Twist, & Soul 1964 to 1966 ... LP 37.99
You may not know the name of Phuong Tam – but you'll definitely get plenty of the surf, twist, and soul promised in the title – a very cool blend of American modes of the mid 60s, filtered through the cultural crossroads of Saigon, and topped with these beautiful vocals that are completely transcendent! The story of Phuong Tam is laid out in detailed notes inside – both in English and Vietnamese – but the music itself is more than enough, and is the sort of unusual South Asian hybrid that the Sublime Frequencies label has done such a great job with over the years – music we never would have heard otherwise, presented here in a really beautiful way. Almost all tracks have as much strong small combo work with electric guitar as they do lead vocals from Phuong – and the set features a bonus songbook of lyrics, too. Titles include "Buon 18", "Tinh Linh", "60 Nam", "Ai", "Dem Huyen Dieu", "Phut Say Mo", "Anh Dau Em Do", "Buoc Giang Ho", "The Hay Con Xa Lam", and "Nhung Ngay Qua".  © 1996-2023, Dusty Groove, Inc.