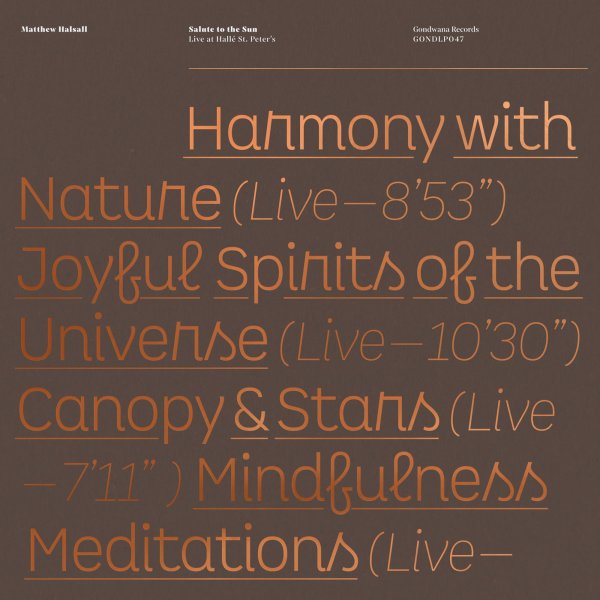 A sublime live set from British trumpeter Matthew Halsall – a set that maybe sounds even more organic and spiritual than some of his already-amazing work in the studio! There's a great sense of majesty here – as Halsall leads a wonderfully cohesive lineup that stretches out on long tracks that seem to get even more out of the space of the concert venue than they might in a smaller recording room. The group features Matt Cliffe on tenor and flute, Liviu Gheorghe on piano, Gavin Barras on bass, Alan Taylor on drums, Jack McCarthy on percussion, and Maddie Herbert on some especially nice use of harp – understated, and never dominating the music, but a really crucial part of the album's sound! Titles include "Canopy & Stars", "Mindfulness Meditations", "Joyful Spirits Of The Universe", "Harmony With Nature", "Tropical Landscapes", and "Salute To The Sun".  © 1996-2023, Dusty Groove, Inc.
(Limited edition 3-sided package – with a special etching on side 4!)