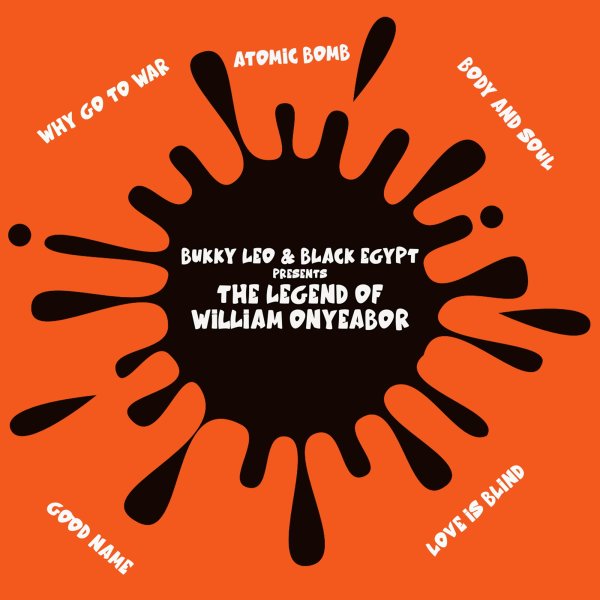 A really unusual take on the music of William Onyeabor – tracks that have more of a live Afro Funk vibe than some of the keyboard-heavy riffs of his famous records – served up here by the great Bukky Leo on tenor sax and vocals! Bukky hails from Nigeria, but has spent decades on the London scene – where his contributions have been many, and his skills have really been honed – as you'll hear here, with Leo leading his Black Egypt group on stage in the city. The tunes are almost as if a Fela-styled group were taking on Onyeabor – although there are a few nice keyboard and moog moments too – on titles that include "Love Is Blind", "Atomic Bomb", "Good Name", and "Why Go To War".  © 1996-2022, Dusty Groove, Inc.