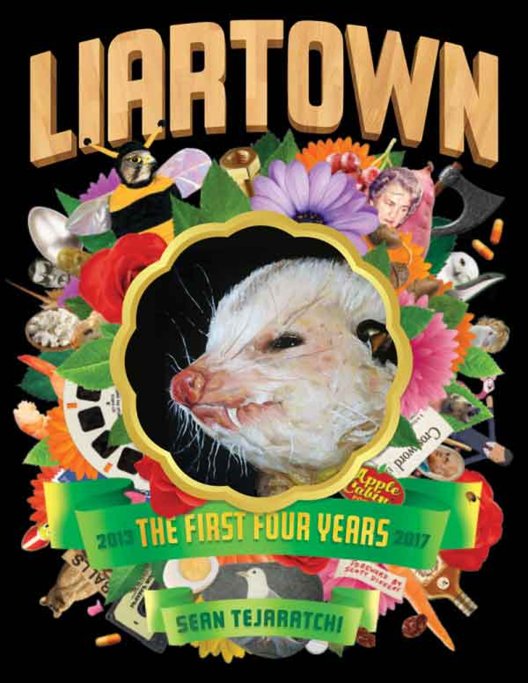 A completely hilarious book, and one that maybe makes the best use of computer photoshopping technology that we've ever seen – as Sean Tejaratchi remakes and remixes work from a whole host of familiar sources – and comes up with these really weird and wonderful images in the process! Nothing is off-limits to the author – as Tejaratchi skewers billboards, paperbacks, album covers, movie posters, supermarket ads, cookbooks, and just about anything else you can imagine – moving images, titles, and subjects around with a sense of humor that's incredible – and which may well have you looking around the house, laughing at things that once seemed commonplace. It's a bit hard to describe the book's magic in words, but you might try checking Sean's Liarspace website for a start – then dive into the hundreds of full color images in the well-done book.  © 1996-2021, Dusty Groove, Inc.
(Note: The book does contain some adult images – and may not be suitable for younger or more sensitive readers.)