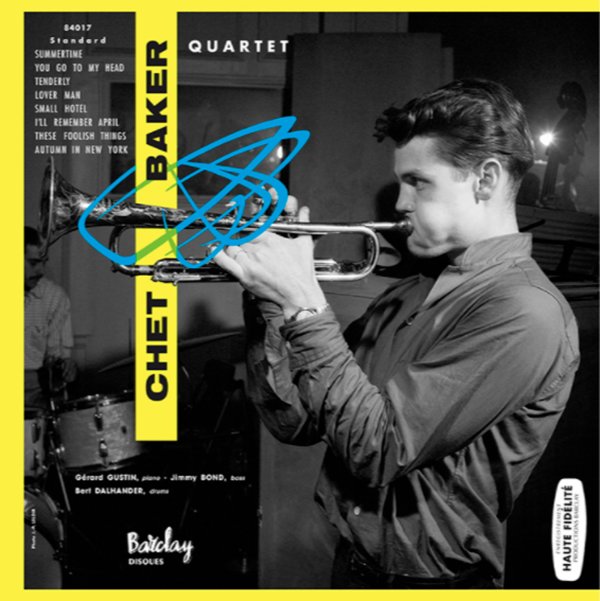 A sweet little quartet session from the mid 50s – one of Chet Baker's legendary albums recorded in Paris at the time, with a quality that's nicely different from some of his work in the US! Part of that quality is the group – an unusual lineup that includes Gerard Gustin on piano, Jimmy Bond on bass, and Bert Dahlander on drums – but Baker is also changing things up a bit from the Pacific Jazz years too, and working with a more sophisticated understanding of sound and tone that would develop even more strongly in the later half of the 50s! As usual with Chet, the tunes are standards, but completely transformed by his handling – titles that include "I'll Remember April", "Tenderly", "Lover Man", "Summertime", and "You Go To My Head".  © 1996-2022, Dusty Groove, Inc.
(Limited edition pressing – done in a beautiful flipback cover, like the original!)