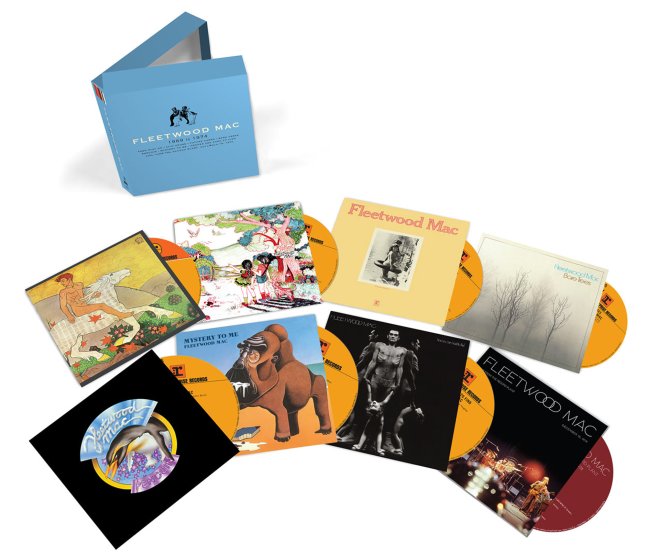 An insane amount of middle-period work from Fleetwood Mac – presented here with lots of bonus tracks, and a never-issued live set from 1974! There's lots of ways to approach these records – as the long path leading up to Rumors, or the post-Peter Green years when both Christine McVie and Bob Welch had such a strong influence on the group's sound, or maybe just the initially overlooked moments of a group who would go on to shape the sound of mainstream music for years to come – really finding a way past their more blues-influenced early years, marking the kind of musical journey that made 70s rock so much different than its roots. The box features the full albums Then Play On, Kiln House, Future Games, Bare Trees, Penguin, Mystery To Me, and Heroes Are Hard To Find – plus a great live set, recorded at The Record Plant on December 15, 1974. Almost all the albums feature bonus tracks – 8 of which appear here for the first time ever – a heck of a package for both longtime fans and those who might have overlooked these gems!  © 1996-2022, Dusty Groove, Inc.
(Still sealed!)