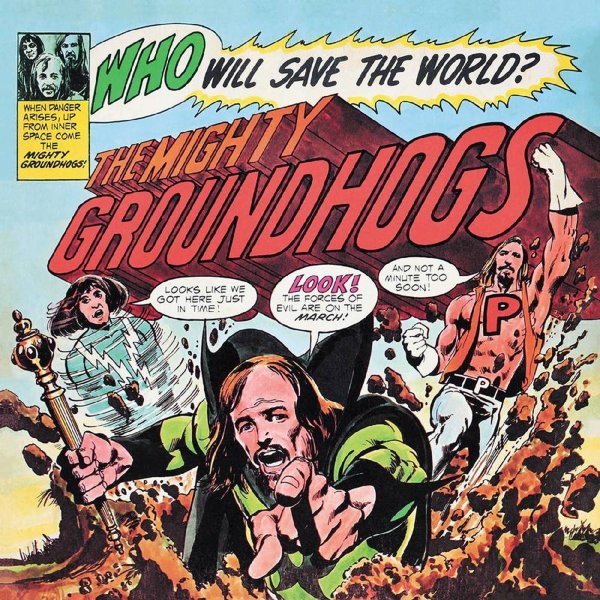 Who Will Save The World (with bonus track)

Also available
Groundhogs — Who Will Save The World (with download) ... LP 27.99

A record that's maybe as famous for its cover art, done by comic legend Neal Adams, as it is for the music of The Groundhogs – who are really moving away here from the more blues-based work of their roots! The great Tony McPhee is on vocals and guitar, and also uses mellotron and harmonium in some really wonderful ways – and the sound here really has the group soaring with the sort of super-powered energy you might guess from the cover – a case of a British group tipping over nicely past their original inspirations, and finding a way to make hard rock magic that's very much all their own! Titles include "Wages Of Peace", "Music Is The Food Of Thought", "Bog Roll Blues", "The Grey Maze", "Earth Is Not Room Enough", and "Body In Mind". Also includes a bonus track – a 1972 live version of "Music Is The Food Of Thought".  © 1996-2022, Dusty Groove, Inc.
(Comes with a cool bonus fold-out of the comic artwork included with the original album!)