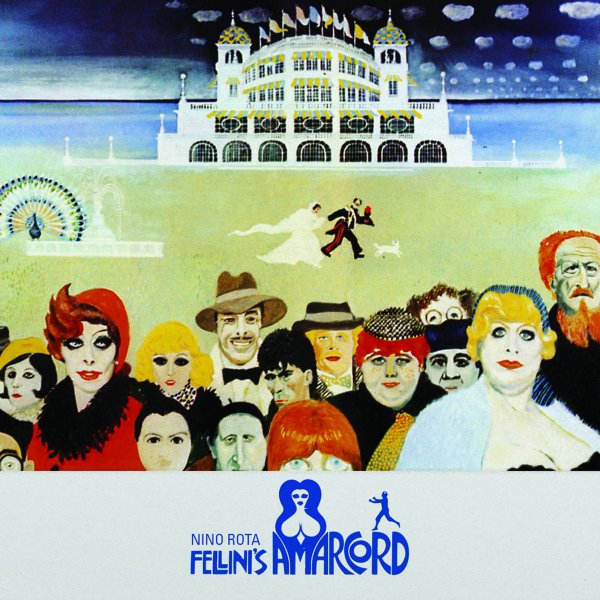 A gem of a record from the legendary Nino Rota – one of his best scores for director Federico Fellini – a bit later than some of their 60s classics, but equally great! The music is filled with Rota's trademark interweaving of dominant themes and lighter moments – the kind of tight chamber scoring that makes his compositions work so well – bouncey, but never silly, moody, but never too serious. The narrative takes Rota to more pan-historic territory, but his approach here is similar to Fellini films set in contemporary Rome – and dominant instrumentation includes bits of accordion, piano, horns, and gentle strings. Wonderful stuff all around – with loads of short little tracks that have some nice hooks – titles that include "La Fogaraccia", "La Gradisca E Il Principe", "Gary Cooper", "Lo Struscio", "Amarcord", and "Ti Ricordi Siboney". 2LP set – features 15 tracks never on vinyl!  © 1996-2022, Dusty Groove, Inc.
(Includes bonus sheet of Nino Rota's music, too.)