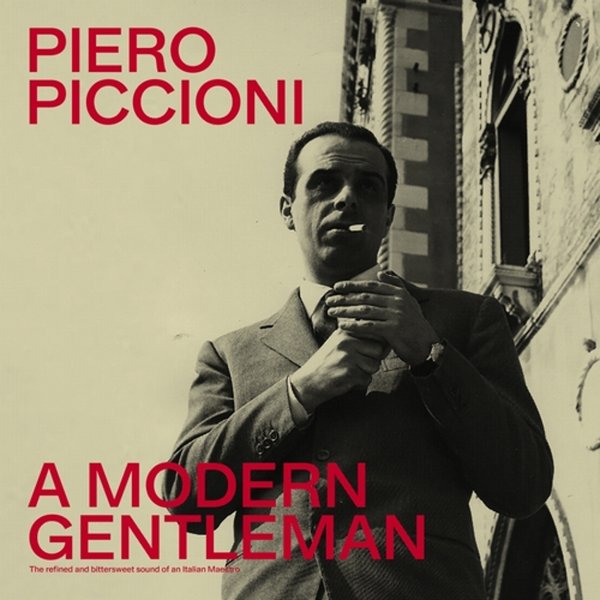 Also available
Piero Piccioni — Modern Gentleman – The Refined & Bittersweet Sound Of An Italian Maestro ... CD 16.99
A career-spanning collection of work from one of our favorite Italian soundtrack composers of all time – the fantastic Piero Piccioni, presented here in a wealth of material pulled from the vaults of Cam! Piccioni was one of the most important Italian film music talents of the 60s – right there behind Ennio Morricone – and during the decade, he started in jazz, then quickly moved through a range of really wonderful styles – going for mod elements, funkier bits, bossa nova, and other inflections that kept his work interesting well through the 70s! This set features a number of tracks that aren't easily available on other reissues, mixed with some we'd never seen before – a massive collection of 26 titles, with work from films that include Lucky Luciano, Citta E Campagna, Addio Alexandra, Per Questa Notte, In Viaggio Con Pappa, Io So Che Tu Sai Che Io So, L'Assassino, Una Vita Violenta, Tre Per Una Rapina, I Dolci Inganni, Il Figlio Di Spartacus, Niente Rose Per OSS 177, Toh E Morta La Nonna, and many others. Includes six unreleased tracks – and ten that appear on vinyl for the first time ever!  © 1996-2022, Dusty Groove, Inc.

Boom – Italian Jazz Soundtracks At Their Finest 1959 to 1969
Sugar/Decca, Late 50s/1960s. New Copy 2LP Gatefold
LP...$36.99 38.99
A really fantastic collection – one that gets at the full range of jazz-based sounds in Italian soundtracks during the 60s – served up here on a set of tracks that go way past the obvious! This isn't a "best of" set – and instead, it digs very deeply, and even features ... LP, Vinyl record album