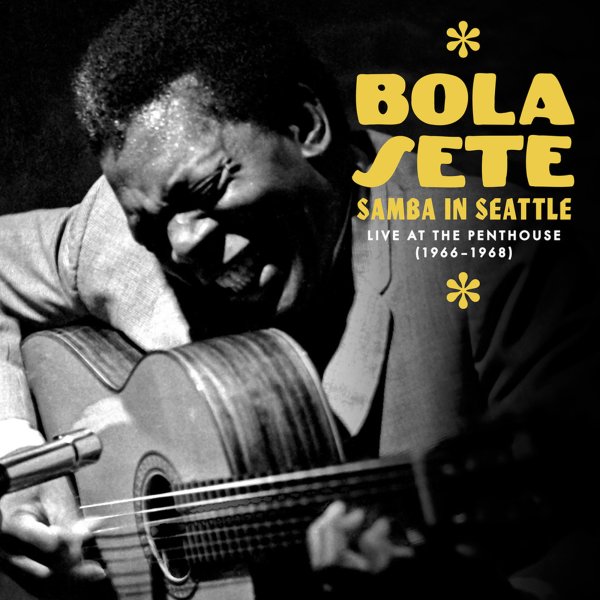 Guitarist Bola Sete made some of his most important American recordings of the 60s on the San Francisco scene – but this huge set of unreleased tracks captures the Brazilian player farther up north, as he works in a sweet set of trio recordings captured at a small club in Seattle! The music is a great counterpart to some of Bola's recordings for Fantasy Records during the same time, but also captures the guitarist with a bit more complexity too – some of the qualities that he wouldn't always show on record at this level until the 70s, but which were clearly part of his sound right from the start! The group's a trio – with Sebastiao Neto on bass and Paulinho Magalhaes on drums – and titles include "Soul Samba", "Deve Ser Amor", "Malaguena", "Garota De Ipanema", "Astrurias", "Consolacao", "Tristeza", "A Feliciade", "Prelude No 3", "Spanish Dance No 5", "Shadow Of Your Smile", "Satin Doll", "One Note Samba", and "Corcovado".  © 1996-2022, Dusty Groove, Inc.

Fingers/Airto & Deodato In Concert (SACD multi-channel disc)
CTI/Vocalion (UK), 1973. New Copy
CD...$19.99 24.99
CTI Records meets that Brazilian fusion sound of the 70s – served up here on two classic albums! Fingers is one of Airto's greatest records ever – a really hard hitting batch of tracks that mix sharp-edged fusion lines with some earthier Brazilian percussion touches – all in a ... CD