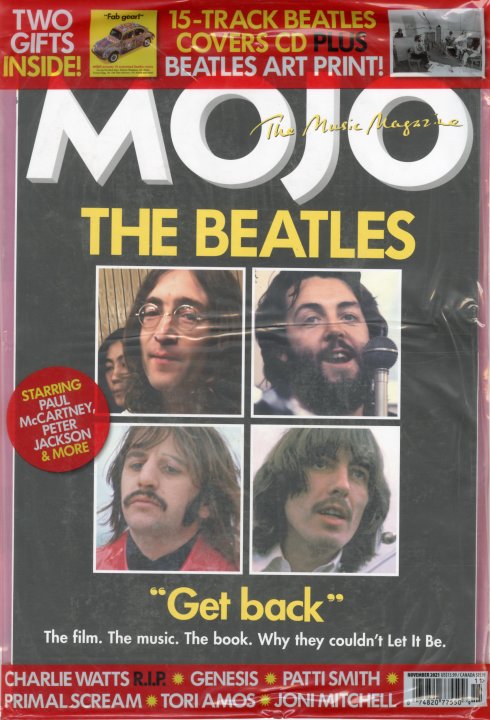 A very jam-packed issue of Mojo – one that has a big cover feature on The Beatles film Get Back – plus a bonus art print of the group in the studio, and a bonus CD of selected Beatles cover songs! There's also a look at Patti Smith by frequent partner Lenny Kaye, a look back at the rich life of Charlie Watts, the reunited Genesis – and plenty more on The Meters, Johnny Marr, Primal Scream, Queen, and Tori Amos! The issue also features plenty of reviews – page after page of listings that will help you expand your record collection!  © 1996-2021, Dusty Groove, Inc.
(Includes bonus CD of Beatles covers and art print!)