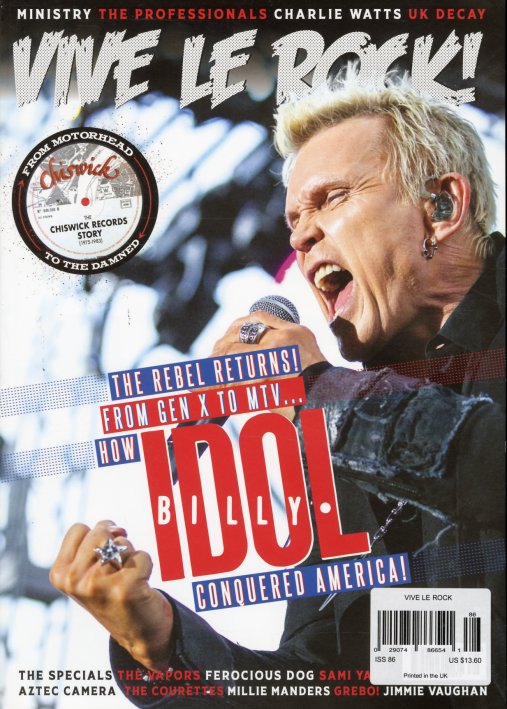 This issue's got a big cover feature on the return of Billy Idol – plus lots more on Charlie Watts, UK Decay, Ministry, The Professionals, Specials, Vapors, Aztec Camera, and even the brief moment in which Grebo was a term used for the UK music scene! There's also a look at the wonderful Chiswick label – and plenty more on music from the late 70s through the 80s.  © 1996-2022, Dusty Groove, Inc.