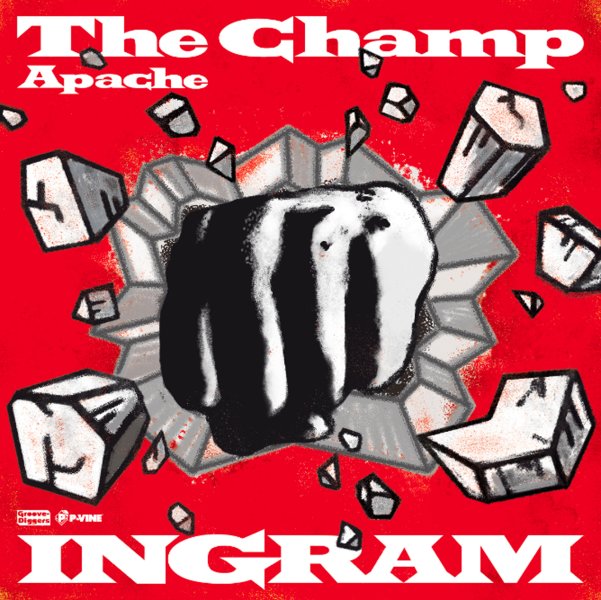 Ingram take on two funky classics – as you might guess from a single with a cover that takes off on a classic album by The Mohawks! Both cuts here are very old school – as "The Champ" has all the breaking drums, congas, and sweet funky organ of the original version by The Mohawks – and "Apache" resonates with all the breaks and beats of the famous 70s take by Incredible Bongo Band!  © 1996-2022, Dusty Groove, Inc.

What We Need/The Wok
Tribe/P-Vine (Japan), Early 70s. New Copy (pic cover)
7-inch...$19.99
A beautiful little picture sleeve pressing of two cuts from the rare Tribe Records years – both appearing here on 45 for the first time ever! "What We Need" is a slow-building cut with a very righteous message – Fender Rhodes slow-stepping in the groove as the horns rise up, ... 7-inch, Vinyl record

Sesso Matto/Kinky Peanuts
Four Flies (Italy), 1973. New Copy (pic cover)
7-inch...$18.99 23.99
One of the all-time funk classics of the Italian cinema scene in the 70s – a cut so great that it went on to a later life in New York clubs in the second half of the decade! The bass and drums are completely infectious right from the start – then these whispering sexy voices come into ... 7-inch, Vinyl record

La Poliziotta – Rhythm & Sex/Step By Step
Four Flies (Italy), 1974. New Copy (pic cover)
7-inch...$18.99 23.99
Two fantastic funky tracks from the Italian 70s soundtrack scene – served up here on a limited edition 45! First up is "Rhythm & Sex", a cut that delivers everything promised in the title – heavy drums for the rhythms, and all sorts of jazzy bits over the top – ... 7-inch, Vinyl record

World Needs Changin/Getting On Down
Call Me/BGP (UK), 1970. New Copy (reissue)
7-inch...$11.99 14.99
Hank Jacobs cut some great instrumentals in the 60s – but here, he steps out with a really message-oriented vocal cut – the fantastic "World Needs Changin", a track with a funky rhythm at the core, and a mighty righteous lyric over the top! "Getting On Down" is on ... 7-inch, Vinyl record

Ghetto Funk (orig, inst)
Funk Night/777, 2022. New Copy
7-inch...$12.99
The Para-Lytics definitely do not live up to their name – as this cut's so funky and so dynamic, these guys have got to be in full charge of all their facilities – riffing guitar over heavy drums and monstrous bass – all while grunted vocal calls urge the whole thing onward! 7-inch, Vinyl record

Your Purpose/Why We Dream
Ample Soul, Mid 2000s. New Copy (pic cover)
7-inch...$11.99 13.99
A pair of heavyweight gems from Fat Jon! "Your Purpose" is from the classic Samurai Champloo soundtrack and "Why We Dream" was originally on his Afterthought LP. 7-inch, Vinyl record