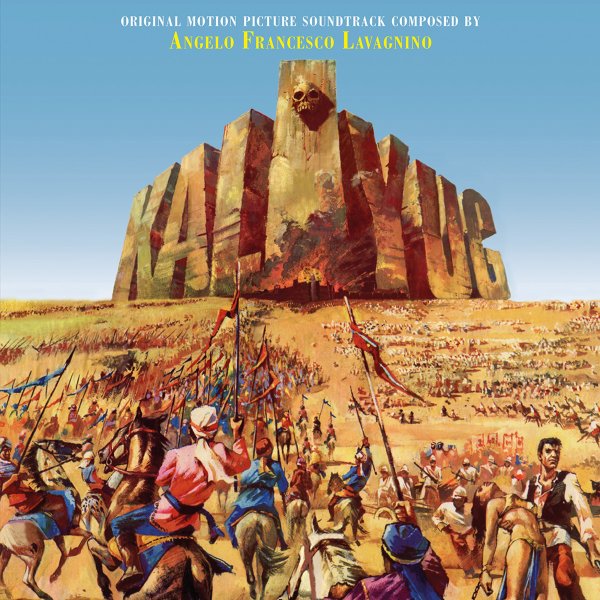 A pair of rare 60s soundtracks from Italian maestro Angelo Francesco Lavagnino – both of which work together well in a single package! First up is Kali Yug – one of the coolest, most exotic soundtracks we've ever heard from Angelo Francesco Lavagnino – and that's saying a lot, given that he also did work for crime, western, and sci fi movies too! The music has a feel that nicely fits the cover – almost exotica at times, but with more touches of jazz and soundtrack elements too – although some numbers use very cool percussion and woodwinds, with a feel that's almost ethnographic in spots! The careful blend almost rivals Les Baxter at his Capitol Records best – and titles include "Il Raja", "Idillio Di Amrita", "Le Carovane", "Rapsodia Indiana", "Giostra Bengalese", and "Notturno In Giardino". This CD version features a whopping 29 tracks in all – lots of bonus material added to the original record. Next is Il Mistero Del Tempio Indiano – a soundtrack with a nice mix of exotic themes and more dynamic and dramatic passages – a vibe that's very similar to some of the best "blood and sandals" material from the Italian scene of the late 50s and early 60s! Most of the instrumentation is conventional, but used in unusual tones and phrasing – and mixed with some nice percussion touches at times – all in a blend of modes that provides a nice sense of diversity through the 19 tracks included in the package.  © 1996-2023, Dusty Groove, Inc.