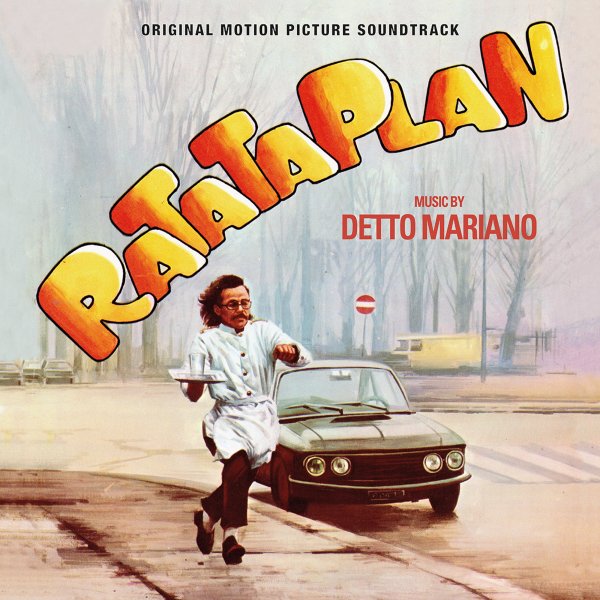 We've not heard many soundtracks from Detto Mariano over the years – but after discovering this late 70s gem, we think that we ought to dig for more! The film's a comedy, but the music is nicely understated – both for the time, and in the realm of humorous Italian scoring – as Detto's approach is to come up with a strong theme that is both whimsical and slightly sentimental, then serve it up on a shifting variety of instrumentation throughout the film – almost as if the music is added to a silent film – which, given the slapstick in the story, might well be the case! The whole thing's got a wonderful sense of balance, and a tune you'll be humming long after the record is over – served up on titles that include "Magic Show", "Fra Gli Stracci", "Tango Del Cortile", "Bimba Rock", "Pianoforte Di Cartone", "The Be The One You Love", and "Sul Ballatoio".  © 1996-2022, Dusty Groove, Inc.
(Limited edition of 300!)