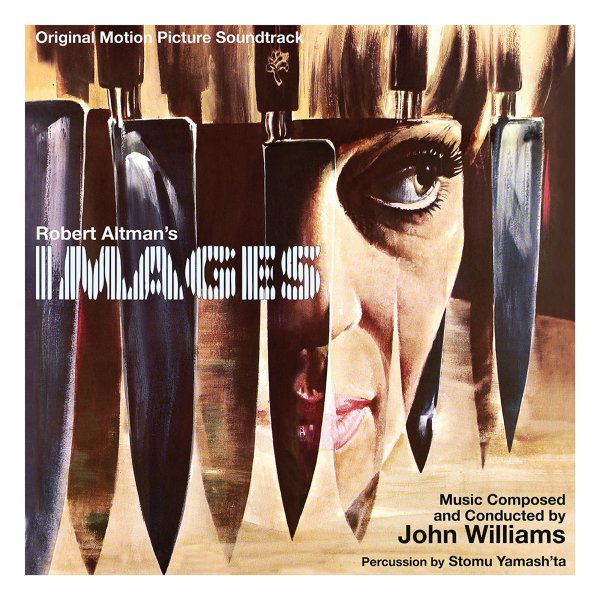 A really fantastic soundtrack from the young John Williams – very different than his blockbuster film scores to come in the 70s, thanks in part to some amazing percussion from Stomu Yamash'ta, and a relatively avant sound overall! The music was done for a Robert Altman film that deals with a descent into madness and a break from reality – and right from the very first note, both Williams and Yamash'ta have a perfect way of setting the mood – John by scoring these really offbeat, spare, and atonal orchestrations – which are matched by all this striking percussion from Stomu, who uses a variety of different instruments to fit the vibe of each track! There's a tuneful melody at the core, but one that's juxtaposed in a way that makes it sound really creepy – ala the lullaby from Rosemary's Baby – and titles include "The Night Witch Ride", "Visitations", "Killing Of Marcel", "The Love Montage", "In Search Of Unicorns", and "Land Of The Ums".  © 1996-2022, Dusty Groove, Inc.