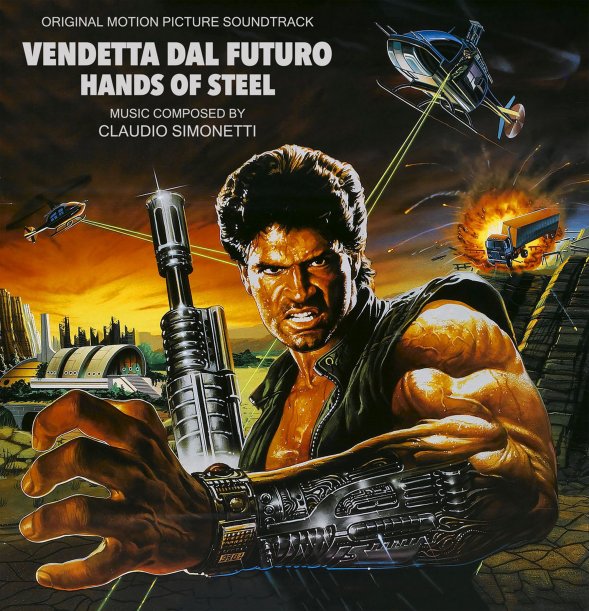 That's a very 80s image on the cover, and there's a very 80s feel to the record – a set that's awash in the kind of cool keyboard work you'd expect from Claudio Simonetti, often served up with a lean style that owes plenty to the legacy of John Carpenter! The keys can move from deep and moody, with very heavy bass at the bottom – to moments that are more high up in the sonic range, and sometimes driven by heavier rhythms – 80s thriller action sounds at their best, but with that special quality that sets Italian soundtracks apart from American ones of the period. Titles include "Hot Desert", "Atomic Arm", "Psychedelic World", "Atomic Cyborg", "Arizona", "Arms Of Steel", "Paco's Escape", and "The Final Match". Also features a cool solo piano version of "Hands Of Steel".  © 1996-2022, Dusty Groove, Inc.
(Limited edition of 100 – on orange vinyl!)