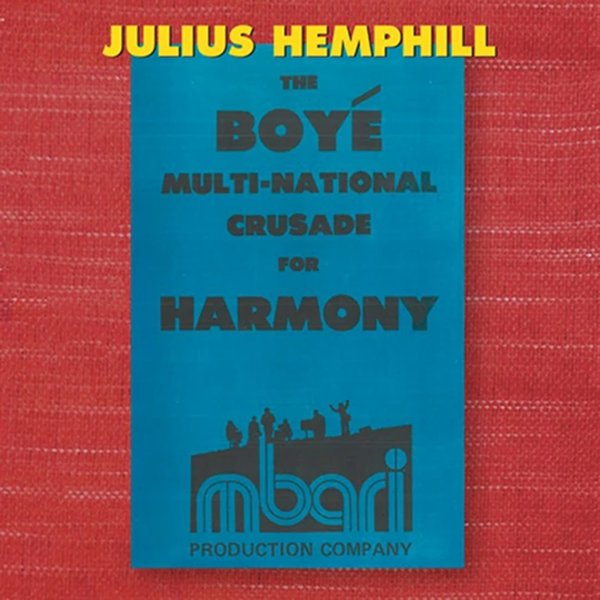 A rich tapestry of rare work from reedman Julius Hemphill – most of it from a time when he was getting exposure on bigger jazz labels around the world, but here still performing the sort of work that goes right back to his roots on the St Louis scene, as part of the groundbreaking Black Artists Group! Every CD on the set features a different slice of work – from duets with cellist Abdul Wadud, to some solo material, larger group performances, and even some chamber music as well – served up in a package that really gets at both the depth of creative activity that was always taking place in Hemphill's career, and his strengths as a soloist, no matter what the setting. Each disc on the set features over an hour's worth of music – and players are a diverse array that includes Michael Carvin on drums, Dave Holland on bass, Roberto Miranda on percussion, Olu Dara on trumpet, John Carter on reeds, and Ursula Oppens on piano. Titles of the discs include "The Boye Multi National Crusade For Harmony", "Julius Hemphill/Abdul Wadud Duo", "Janus Company", "Chamber Music", "Roi Boye Solo & Text", "Boye Multi National Crusade For Harmony II", and "Live At Joyous Lake". And from what we can tell, all music here is exclusive to the set – even if passages are titled in the same way as previous album releases.  © 1996-2021, Dusty Groove, Inc.