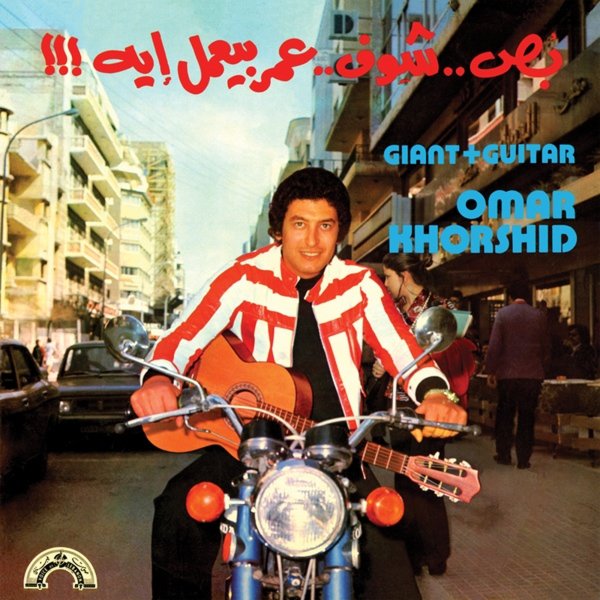 Fantastic work from Omar Khorshid – definitely a giant in the 70s, due to his roles on screen – and a hell of a guitarist here, one working with a really great blend of trippy styles and Lebanese rhythms! There's some great moments on the record that mix eastern grooves with strong electric lines from Omar – who almost comes across here as a Gabor Szabo for the Mid-East scene, but also get support on some cool keyboards too – sometimes moogy, sometimes more organ-like – and balanced out nicely with the earthy percussion on the tunes! Titles include "Guitar El Chark", "Takassim Santalfeyn", "Laylet Hob", "Ah Ya Zein", "Rakset El Fadaa", and "Lamabada Yatassana".  © 1996-2022, Dusty Groove, Inc.