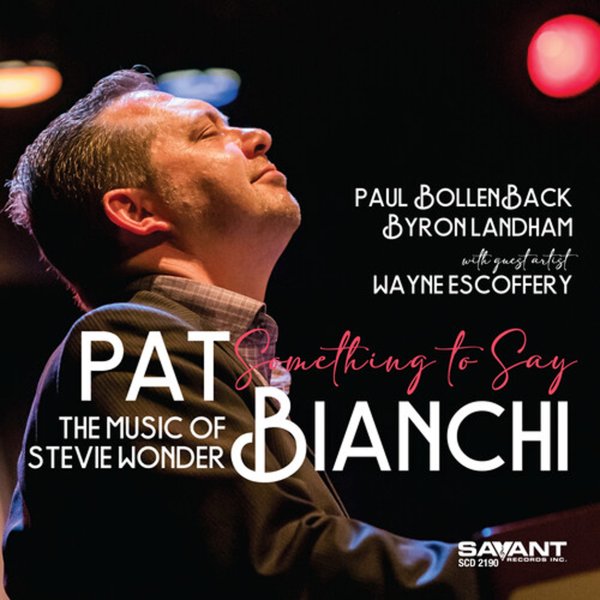 A really sweet take on the music of Stevie Wonder – one that takes the tunes in all sorts of directions we didn't expect! Part of the vibe is in line with the organ work of Pat Bianchi – more of a 60s soul jazz mode, of the sort that was big in the years before Stevie penned most of these classics – but the guitar work of Paul Bollenback in the group also makes for a bit of a change too – a style that's sometimes fuller and fuzzier than you'd hear in a more traditional organ trio, at a level that changes up the vibe in a really fresh way. Byron Landham is on drums, Wayne Escoffery plays tenor on two cuts, and titles include "If It's Magic", "Go Home", "Superstition", "Moon Blue", "Isn't She Lovely", "Ribbon In The Sky", and "Until You Come Back To Me".  © 1996-2021, Dusty Groove, Inc.