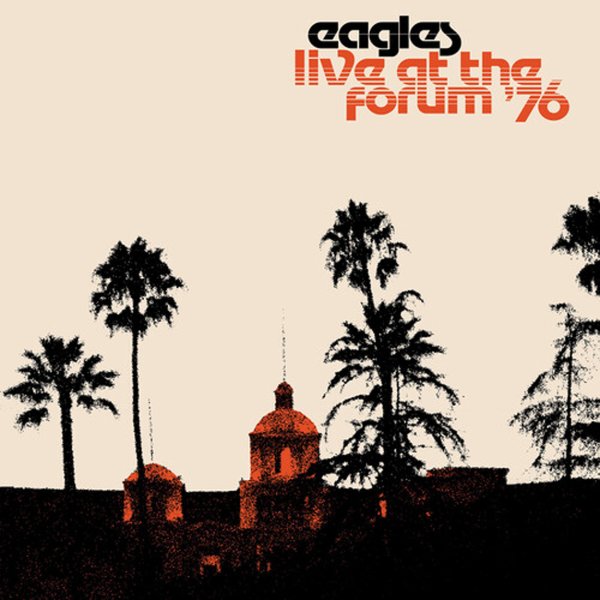 Live At The Forum 76

Never-issued work from The Eagles – a live set recorded at the Los Angeles Forum in 1976, right before the group issued their classic Hotel California album! That famous title tune is in the set list, but the overall performance is a nicely back to basics one – the group on stage, shining brightly, without any sort of studio elements to hide the tightness that made them giants at the time! The harmonies are great, guitar playing very focused and sharp, and the group burns their way through tracks that include "Witchy Woman", "Good Day In Hell", "New Kid In Town", "Take It Easy", "Hotel California", "Take It To The Limit", "One Of These Nights", and "Funky #49".  © 1996-2022, Dusty Groove, Inc.
(Three-sided pressing – with a special etching on side four!)