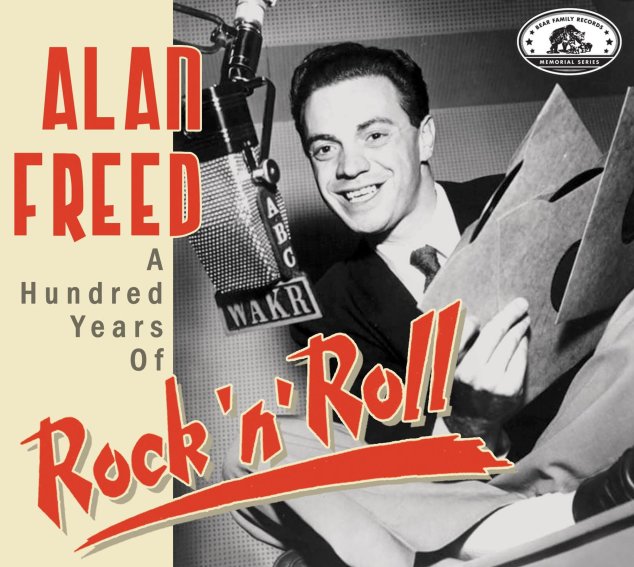 Well, the timing may be a bit off – we're not sure if it's been a century since rock and roll first hit this planet – but the set's a fantastic tribute to groundbreaking DJ Alan Freed, a key force in helping the music get off the ground in the 50s – and one of the first radio talents to blend together R&B, rockabilly, and some of the other new styles that were coming up at the time! The set's a great way to hear the intensity that Freed brought to the airwaves back in the day – as the set mixes together key cuts with some of the DJ's time on radio – short snippets from his broadcasts at WJW in Cleveland, and WINS in New York – mixed with cuts by Rusty Bryant, Eddy Fontaine, Sam The Man Taylor, Freddie Mitchell, Gil Bernal, Bo Diddley, and others – including a few that were issued under Freed's own name as well. The package is a whopping 39 tracks in all – a really fantastic trip back to the glory days of early rock and roll radio!  © 1996-2022, Dusty Groove, Inc.