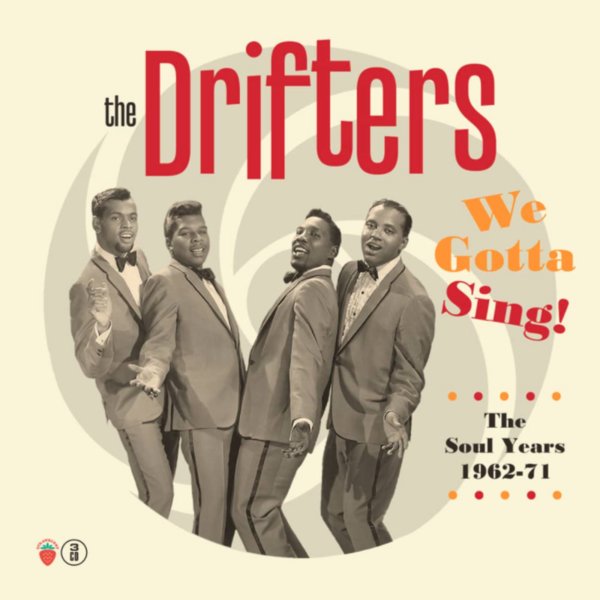 Way more than just another collection of work by The Drifters – as this 3CD set goes way past all the other greatest hits compilations on the market, and brings together all sorts of wonderful overlooked tracks from their later years on Atlantic Records! At this point, former singer Clyde McPhatter and Ben E King have left the flock – leaving most of the lead work to Johnny Moore, and a bit to Rudy Lewis – in a lineup that maybe has the group even more unified as a whole, with a tremendous sense of harmony vocals that just keeps getting better and better as the 60s move on – and as the group try out all sorts of new rhythms and songs in the process. We really love The Drifters, and can't get enough of their special sound – and this set features plenty of unusual cuts to really keep our interest – a set of 76 tracks that includes "Up In The Streets Of Harlem", "We Gotta Sing", "Aretha", "Baby What I Mean", "Up Jumped The Devil", "I Dig Your Act", "You & me Together Forever", "Black Silk", "Desafinado", "Follow Me", "Come On Over To My Place", "Answer The Phone", "I Remember Christmas", "Spanish Lace", "I Don't Want To Go On Without You", "He's Just A Playboy", "Saturday Night At The Movies", "Looking Through The Eyes Of Love", "The Outside World", "My Islands In The Sun", "You Can't Love Them All", "Country To The City", "Still Burning In My Heart", and lots more!  © 1996-2022, Dusty Groove, Inc.