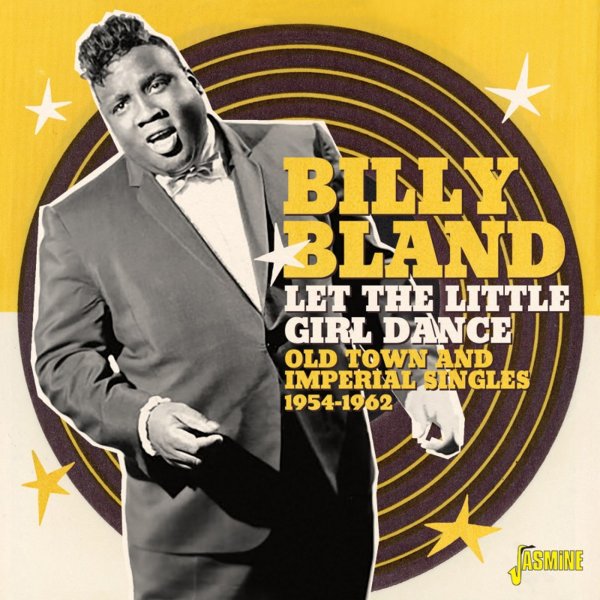 That's Billy Bland, not Bobby Bland – a really great singer who's got a wonderful range of material – equally able to sing jump blues, R&B, and even a bit of New Orleans soul – all of which is featured in this excellent collection of his work for the Old Town label – plus a few rare cuts for the Imperial label too! Billy cut most of these tracks at the end of the 50s and start of the 60s – after he'd spent time singing in the bigger groups of Lionel Hampton and Buddy Johnson – where he learned the care that comes to singing in a jazz based environment, and probably developed the powerful lead that really shines through here! In true Old Town style, there's a mix of modes throughout – especially as the work moves into the 60s – but Bland's able to shine with it and has this amazing, arching style of singing that should have made him huge. The package begins with 4 cuts that have Billy in the group The Bees – then moves into another 28 tracks that feature the singer solo – on titles that include "Uncle Bud", "Do The Bug With Me", "Pardon Me", "Harmony", "Snatchin Back", "I Want To Be Loved", "Chicken In Basket", "The Fat Man", "Chicken Hop", "Grandmaw Gave A Party", "Sweet Thing", and "How Many Hearts".  © 1996-2022, Dusty Groove, Inc.