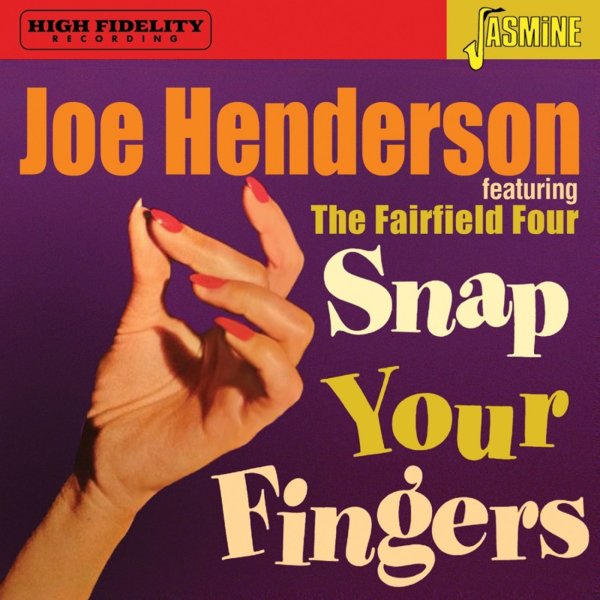 Also available
Joe Henderson/The Fairfield Four — Snap Your Fingers ... CD 6.99
That's not Joe Henderson the saxophonist, but a great singer with a really magnificent voice – served up here in a huge collection of his early work! The set begins with the record Snap Your Fingers – a classic album from the early years of soul music – the only full length set ever served up by the great Joe Henderson – a vocalist with roots in the legendary Fairfield Four gospel group, but sounding equally great here in a secular mode! The arrangements are by Cliff Parham, and they've got this blend of bluesy vocals and jazzier backings – in a style that's very much like the best Duke/Peacock work of the time – with a spectacular focus on Joe's voice in the lead! The whole album's great, filled with unusual material – with titles that include "Sad Teardrops At Dawn", "Right Now", "Big Love", "Just Call Me", "Snap Your Fingers", "After Loving You", and "If You See Me Cry". The set then moves into some great additional singles, plus lots more gospel material cut with The Fairfield Four – most of it from the rare album The Bells Are Tolling, originally issued on the Old Town label. Additional cuts include "I'll Be So Happy", "The Searching Is Over", "My Hands Are Tied", "Love Me Sweet", "Lord You Know", "Memories", "What Are They Doing In Heaven", and "All Day Every Day".  © 1996-2022, Dusty Groove, Inc.