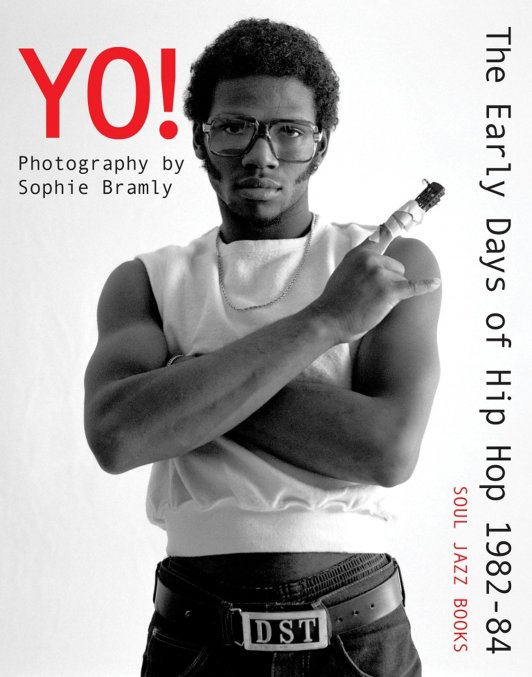 A fantastic book of images from the early 80s hip hop scene in New York – put together by a photographer who was right on the scene for a number of key years – and snapped hundreds of images of performers, clubs, street scenes, graffiti artists, and all the other forces that made hip hop happen! The book's a bit like the classic Back In The Days by Jamel Shabazz, but it also goes even further – as Bramly managed to capture a heck of a lot of key DJs and rappers, and also includes comments and memories from many of them too – snippets of text that are every bit as essential as the images – although the images are more than enough on their own! Bramly's got a great eye – both for a key moment, and composition within the frame – and the book is stuffed with images throughout, both color and black and white – in a hefty softcover volume that's over 300 pages in length.  © 1996-2022, Dusty Groove, Inc.

East Harlem – The Postwar Years (hardcover)
Powerhouse Books, 2019. New Copy
Book...$11.99 50.00
Beautiful black and white images from the East Harlem scene of the postwar years – material shot by New York photographer Leo Goldstein to partly document the new wave of Puerto Rican immigrants in the neighborhood, as maybe one of the first efforts to establish a Nuyorican sense of identity! ... Book

Dangerous Moves – Performance & Politics In Cuba (hardcover)
Tate (UK), 2015. New Copy
Book...$6.99 37.50
There's no break at all between politics and culture in Cuba – and, at some level, the nation's cultural activities have been one of its greatest exports during the years of blockade – messages of power and pride that have helped remind the world of a people that some of the west have ... Book

Ambassador Magazine – Promoting Post War British Textiles & Fashion (hardcover)
V&A (UK), 2012. New Copy
Book...$8.99 65.00
A richly-detailed look at England's Ambassador magazine of the postwar years – a publication devoted to promoting the rise of the British cloth industry, but which had an approach that made it much more like a fashion magazine overall! The book is lovely – heavy, oversize, and ... Book