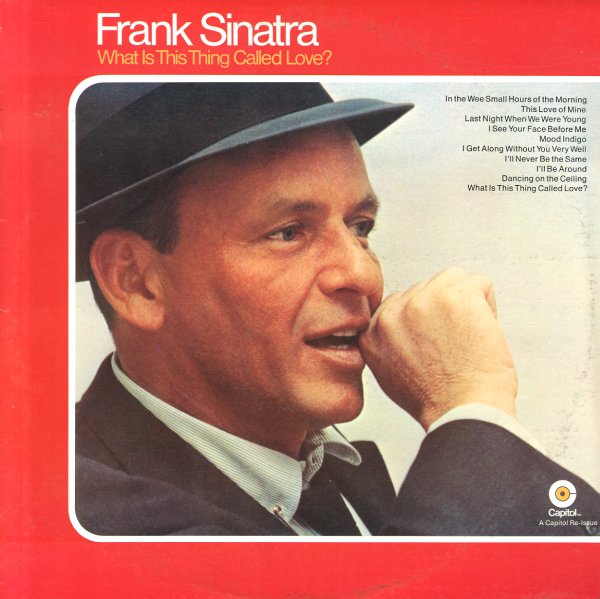 What Is This Thing Called Love (aka In The Wee Small Hours)/Night We Called It A Day (aka Where Are You?)

Sinatra's Sinatra
Reprise, 1963. Very Good+
LP...$9.99
Nelson Riddle arrangements, very much in the spirit of the Capitol years – and titles that include "Witchcraft", "The Second Time Around", "Put Your Dreams Away", "I've Got You Under My Skin", "Young At Heart", and "Oh What It Seemed To ... LP, Vinyl record album