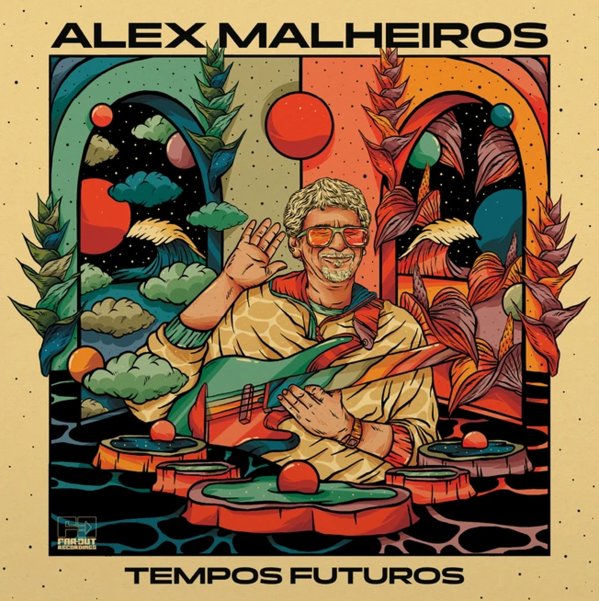 Fantastic futuristic fusion from Alex Malheiros – best known as the bassist in Azymuth, but equally great here on his own – and in a completely different sort of way! The set's got heavy contributions from keyboardist Daniel Maunick, of Incognito fame – but the record's definitely got that well-crafted blend of jazz funk and Brazilian rhythms you'd know from Alex's legacy, but maybe tuned a bit more towards a 21st Century sort of groove – the right London touches in all the right places, in the best tradition of the Far Out label! Sabrina Malheiros sings on a few cuts, but most numbers are instrumental – and titles include "Retrato", "The Razor's Edge", "Telegramas Para Arp", "O Temporal", "Kuarup", "Alto Verao", and "Requiem For A Storm".  © 1996-2022, Dusty Groove, Inc.