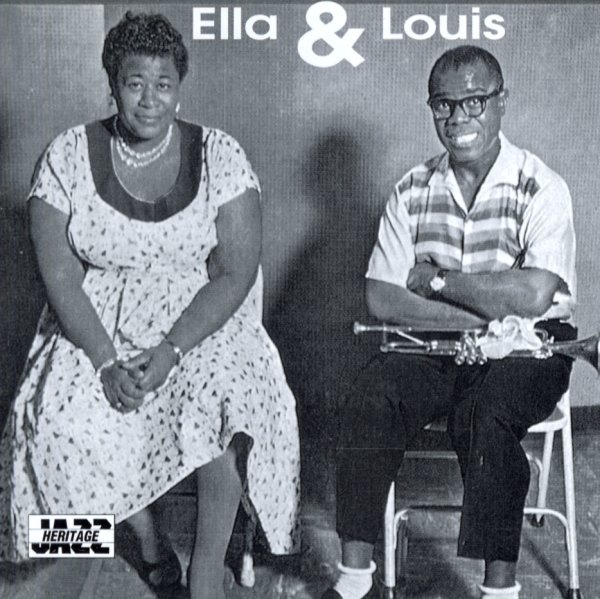 Classic duets between Ella & Louis – done in a sweet mode that only could have been handled by Verve in the 50s! Backings are in a nice small combo mode, and Ella and Louis carry most of the set with their great vocal interplay – warm, personal, and pretty darn charming – in a mode that should be hokey, but comes across great! Titles include "April In Paris", "Can't We Be Friends", "Isn't This A Lovely Day", "Under A Blanket Of Blue", and "A Foggy Day".  © 1996-2022, Dusty Groove, Inc.
(Out of print.)

Ella & Louis Again
Verve/Jazz Heritage, Late 50s. Used
CD...$3.99
A set that's maybe even nicer than the Ella & Louis work together on Porgy & Bess – given that backing is by the trio of Oscar Peterson, which gives the whole thing a nicely understated charm – at a level that really lets the charms of the duo shine through! CD

Live At Yoshi's
Verve, 1998. Used
CD...$3.99
Warm, wonderful work from Dee Dee Bridgewater – a relatively straight jazz album, and a hell of a swinger, too! The set's a live date, and has a relaxed, easygoing quality we really love – that soulful, personal feel that Dee Dee picked up strongly in her later years – quite a ... CD

Ella Fitzgerald & Jazz At The Philharmonic