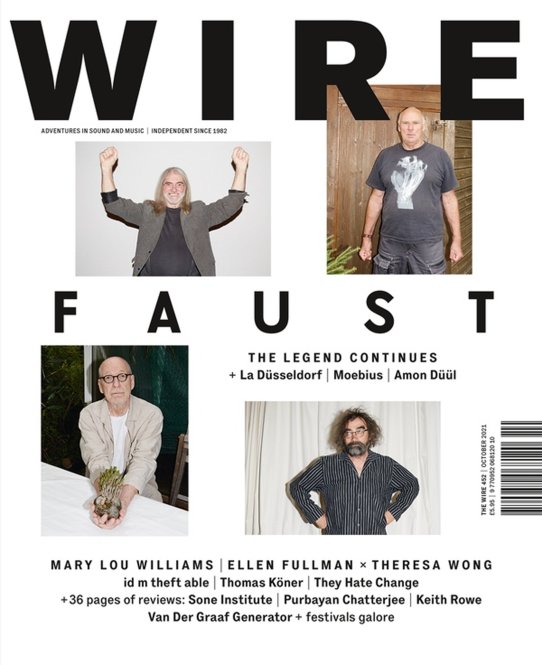 That's the legendary German group Faust on the cover – still as vibrant as ever, and having one of their many returns to the limelight! The issue also looks at Faust contemporaries – with features on Klaus Dinger of La Dusseldorf/Neu fame, Amon Duul, and Dieter Mobieus – and other articles include a look at Mary Lou Williams, the Texas composer More Eaze, Tampa rappers They Hate Change, and Polish duo Siska. There's also an article on New York's Time Spans festival, Theresa Wong and Ellen Fullman on the Invisible Jukebox, and pages and pages of record reviews!  © 1996-2021, Dusty Groove, Inc.