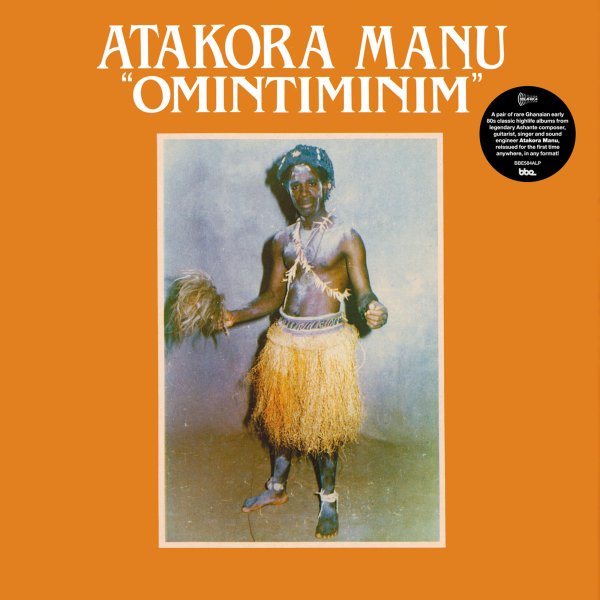 Two rare albums from Ghana – back to back in a single set! First up is Omintiminim – a record with a title that's a bit hard to say, but a groove that's instantly infectious – as older highlife modes come into play with all sorts of great 80s keyboards – in style that has some moogy moments from time to time, but mostly a lot of warm sonic energy over the bubbling percussion and upbeat grooves! Titles include "Asante Kotoko", "Cape Coast Cousin", "Dada", and "Ohia Ma Adwendwen" – all nice and long. Next is the well-tited Afro Highlife record – as the set really advances the genre with a strong dose of 80s rhythms – which at times includes drum machine beats, but used in ways that do a great job of replicating acoustic percussion – alongside plenty of added percussion, and mighty nice guitar lines that do all sorts of weird and wonderful things! Titles include "Meka A Ensa", "Bebo Me Nkomo", "Osebo Anyami Ankyemi", and "Super Otete Impomamu".  © 1996-2022, Dusty Groove, Inc.