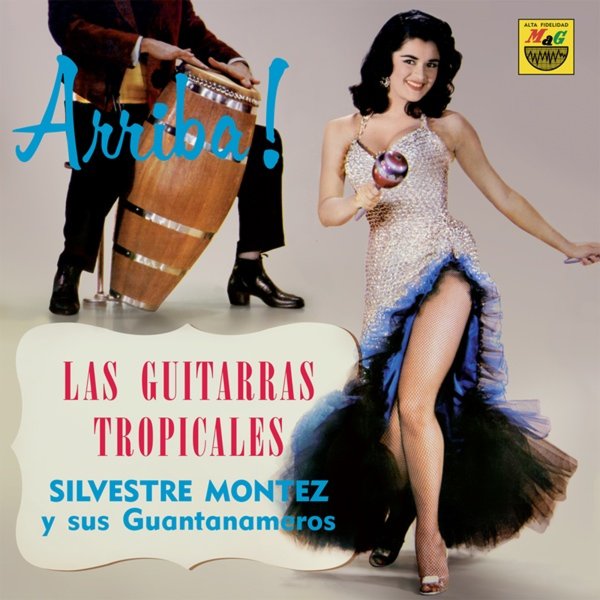 A fantastic set from the Peruvian scene of the 60s – issue don the legendary Mag label, and featuring so much of that company's talent, the set might well be billed under the name of the Mag Records Allstars! Maestro Antonio Guerrero is at the helm of the set – and tunes are in guaracha and cumbia rhythms, often mixing sweet electric guitar lines with hard-driving Latin percussion – in modes that are more turned towards Afro-Cuban rhythms than chicha work of the period, although they definitely share some of the same wildly-tuned guitar! Titles include "El Salta Monte", "Sanguito", "Paga Pedro Miguel", "El Pajarito", "Silbando", "El Avispon", "Las Guitarras Tropicales", "La Paila", and "Arequipenita".  © 1996-2022, Dusty Groove, Inc.

Frank Y Sus Inquietos
Fonograma/El Palmas (Spain), 1969. New Copy (reissue)
LP...$35.99 39.99
A really great album from the Venezuelan scene of the late 60s – a set that was issued around the same time as the younger Latin Soul scene were coming up in New York – delivered with a youthful vibe that certainly matches the spirit of that generation! Frank and his group work in a ... LP, Vinyl record album