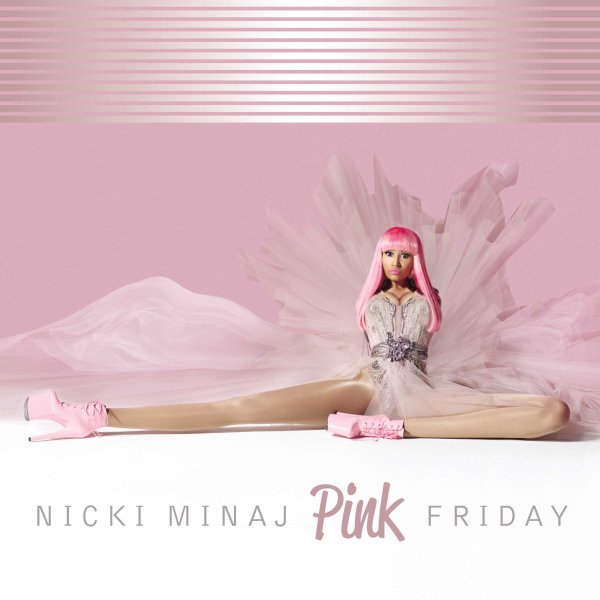 Also available
Nicki Minaj — Pink Friday (deluxe 3LP pink & white vinyl pressing) ... LP 53.99
The debut of Nicki Minaj – a record that's issued in a much longer legacy than some might have thought at the time! The charms of Nicki are well-known, and we hardly need to recount them here – but that take-charge quality of her work still comes through loud and clear after all these years – a standard-setting mode that even overshadows the album's guest appearances by giants like Kanye, Drake, Rihanna, Eminem, and Will I Am! Titles include "I'm The Best", "Roman's Revenge", "Check It Out", "Blazin", "Here I Am", "Dear Old Nicki", "Last Chance", "Your Love", "Fly", "Moment 4 Life", "Right Thru Me", and "Save Me".  © 1996-2022, Dusty Groove, Inc.