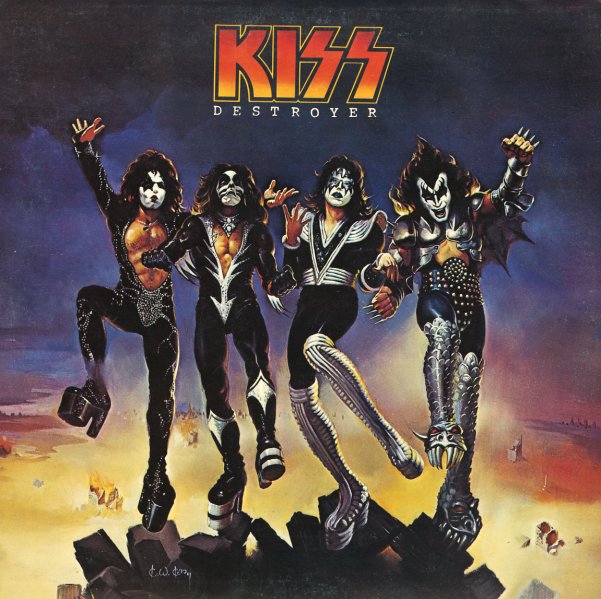 A landmark album from Kiss – the set that really broke them out of the hard rock underground and firmly put them on the rock and roll map – thanks to an all-great set list, and overall presentation of the group at their best! Maybe it's the cover image, but there's a rock-solid quality to the record that seems to make this set stand out just a bit more from the group's 70s classics – a balance between hard rockers, crossover cuts, and even the album's lone ballad, "Beth" which certainly won over a few fans who might have been holding out a bit – nestled alongside other tunes that include "Detroit Rock City", "King Of The Night Time World", "God Of Thunder", "Flaming Youth", "Shout It Out Loud", "Sweet Pain", and "Do You Love Me". Fantastic 45th anniversary pressing – with new mastering, and bonus tracks that include three Paul Stanley demo versions of "Love Is Alright", "God Of Thunder & Rock & Roll", and "Detroit Rock City"; three Gene Simmons demos of "Star", "I Don't Want No Romance", and "Rock N Rolls Royce"; and other rarities that include "King Of The Night Time World (live rehearsal inst)", "Beth (acoustic mix)", "Shout It Out Loud (mono single)", "Flaming Youth (early version)", "Shout It Out Loud (alt mix)", and "Detroit Rock City (inst)".  © 1996-2022, Dusty Groove, Inc.
(45th Anniversary Edition!)

Exile On Main Street (180 gram pressing – half speed master)
Universal, 1972. New Copy 2LP Gatefold
LP...$36.99 38.99 (CD...$49.99)
The Rolling Stones at their rawest, most shambling, sleazy and brilliant – the epic, unimpeachable Exile On Main Street! What can we say about one of the most iconic LPs of all time other than chime in with our agreement that it's one of the greatest rock albums ever! Big choruses come and ... LP, Vinyl record album