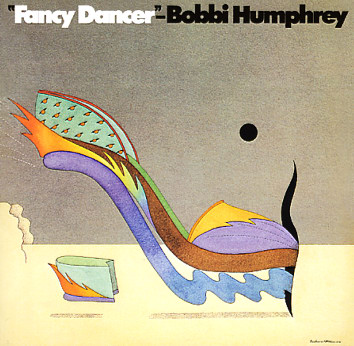 Sublime genius from funky flute player Bobbi Humphrey – a record we'd rank right up there with her classic Blacks & Blues set – and like that one, another fantastic collaboration with producer Larry Mizell! The groove here is tremendous throughout – a heady mix of Bobbi's flute, Larry's keyboards, and some additional work from Jerry Peters, Skip Scarborough, and other 70s funky jazz legends – all coming together in a large lineup that works together with an amazingly tight and stripped-down groove – a sound that seems to flow effortlessly from the breeze, but which was the long result of careful work in the studio by Larry Mizell and his brother Fonce, who also helped on arrangements. Humphrey is in excellent form – blowing with a tone that's hard, crisp, and very soulful – and the spacey keyboards and gentle grooves lift her flute way out into the cosmos, yet never push things too far! Every cut's a winner – and titles include "You Make Me Feel So Good", "Please Set Me At Ease", "Uno Esta", "The Trip", "Fancy Dancer", and "Mestizo Eyes".  © 1996-2021, Dusty Groove, Inc.
(Part of the Blue Note Classic Vinyl Series – on 180 gram vinyl!)