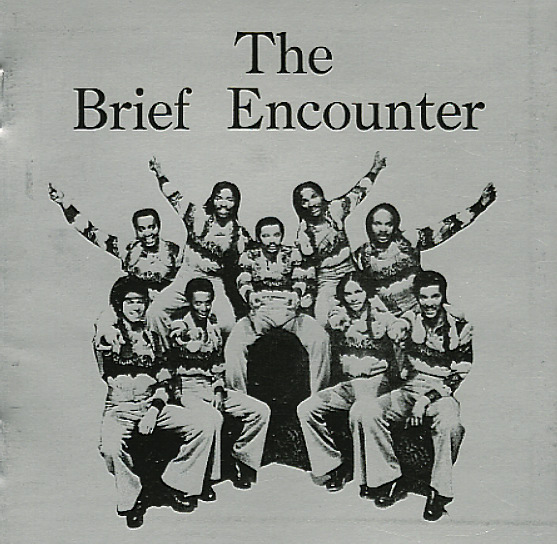 The rare first album by The Brief Encounter – a mid 70s funk group from North Carolina, but one who doesn't feel like a southern soul combo at all – as they work here with a sweet, strong, and jazzy flavor that makes them feel like the best of the California scene in the 70s! The group shift effortlessly between tight ensemble funk – including a few tasty instrumentals – and sweeter soul material that feature group vocals, with a strong falsetto lead stepping out front, in a way that really helps the music soar. The material was recorded in Muscle Shoals, but sounds so different than most of the other work from that studio at the time – on titles that include "Just One Moment", "Visions", "Smile", "Loving & Caring", "In A Special Kind Of Way", "Good Thing Bad Thing", "We're Gonna Have A Good Time", "Time Is Moving", "Smile", and "Get A Good Feeling".  © 1996-2021, Dusty Groove, Inc.
(On "Smoky Mountain" vinyl!)

Do Your Thing (180 gram pressing)
Easy Action (UK), Early 70s. New Copy
LP...$28.99 29.99
A hell of a record from soul singer Pat Hall – vocalist who mostly provided background work for UK rock singers like Marc Bolan – but who really gets to shine in the spotlight here, thanks to help from Bolan himself! The album's a searing funky nugget all the way through – almost ... LP, Vinyl record album