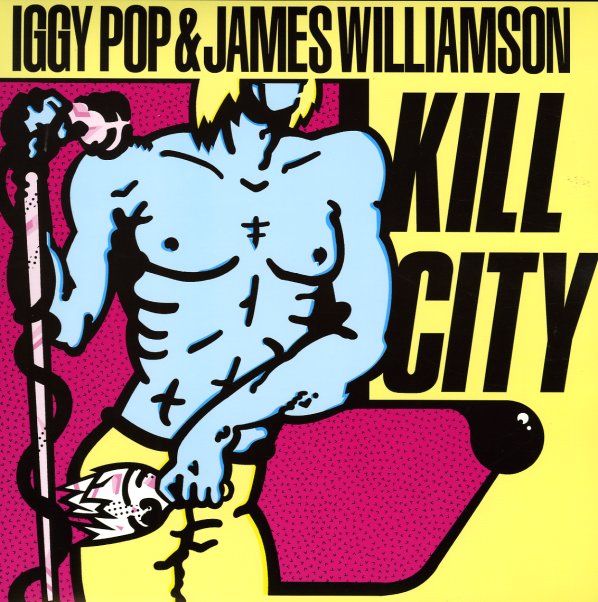 The post Stooges set from Iggy & Raw Power era Stooges guitar shredder James Williamson – cut as demos in 1975 and released in '77 after Iggy ascended with The Idiot – dark, straight forward junkie lifestyle lyricism from Iggy and stripped down rock & roll with more of a blunt bite to it than the caterwaul mania of Raw Power. Titles include "Kill City", "Sell Your Love", "I Got Nothin", "Night Theme", "Lucky Monkeys", "Master Charge" and more.  © 1996-2021, Dusty Groove, Inc.
(Limited edition red vinyl pressing!)