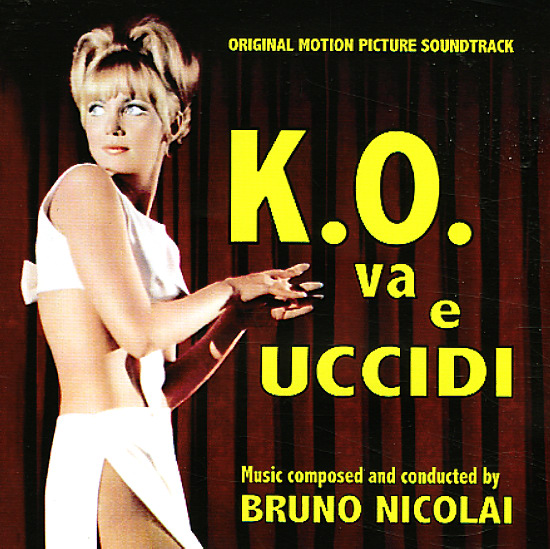 Stellar early film score grooves from the great Bruno Nicolai – his jazzy work for KO Va E Uccidi from 1966 – which works very strongly in a number of modes! There's a couple of great kind of lounge pop vocal numbers with female vocals – the compositions and arrangements of the score reach pretty far. There's grand, orchestral pop, sultry romantic scene setting, both laid back and fairly expansive jazzy bits, and string-heavy numbers alike. Really cool stuff with a strong mid 60s vibe all around! Includes the groovy vocal tunes "Tu Sai" and "I'll Build A Mountain" – plus the instruemental versions – and 20 variations on the title theme.  © 1996-2021, Dusty Groove, Inc.

Du Jazz Dans Le Ravin
Philips, Mid 60s. Used
CD...$5.99
Great compilation that is part of a 3 volume set of work by the fantastic French pop singer Serge Gainsbourg! This volume brings together tracks from Serge's 60's years, and none of the material is on the other full-length CD reissues we stock – as most of it is from older singles and e.p.s ... CD