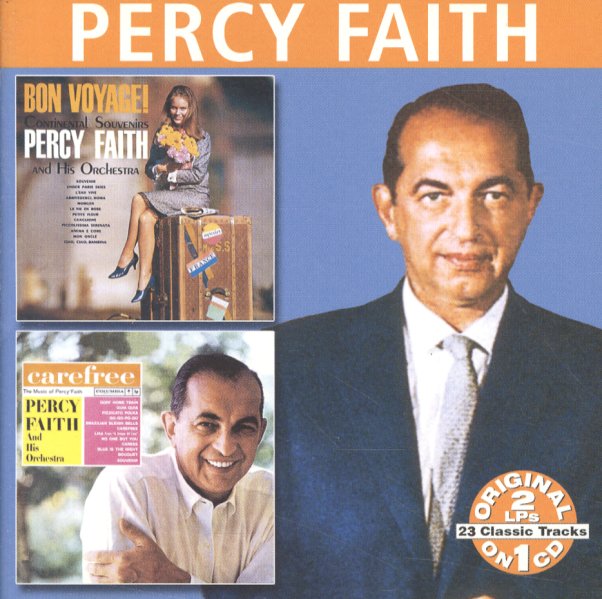 Clair/Joy
Columbia/Vocalion (UK), 1972/1973. Used
CD...$11.99
70s magic from Percy Faith – two albums presented here in their quadrophonic mixes! Clair is a really wonderful album from Percy Faith – part of a handful of sweet 70s sides that really had him sounding a lot more groovy than before! The album almost has a 70s soundtrack vibe at times ... CD

Count Down
Imperial/Mr Nobody, 1959. Used
CD...$14.99
Space age rock and roll! The great Jimmy Haskell is one of the hippest arrangers of the 50s and 60s – and he penned more than a few great charts in his day for rock and roll oriented films and TV shows. This rare album has him writing some cool spaced-out instrumentals that basically take a ... CD

Romantic Moods Of Jackie Gleason (2CD set)
Capitol, 1950s/1960s. Used 2CD
CD...$6.99
Sublime instrumental work from the great Jackie Gleason – a beautifully-done collection of his classic sides for Capitol Records – music that's definitely steeped in the romantic moods promised in the title! Jackie's got a way with a tune that few other leaders can touch – cool, ... CD