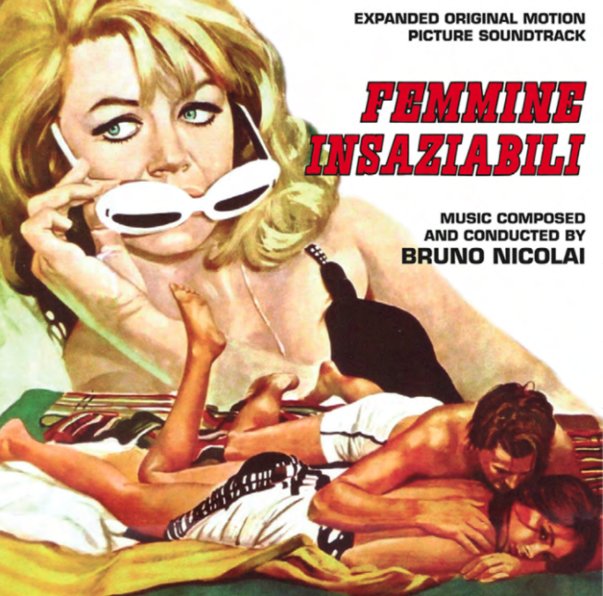 One of the grooviest soundtracks ever from Bruno Nicolai – a set that has him using all the genius he gleaned from his musical partner Ennio Morricone – then stepping off into some great territory of his own! Some numbers have a Morricone-like blend of wordless female vocals and bossa-styled grooves – others have a more punched-up mix of jazz and mod elements, almost with the power that Nicolai brought to some of his action or western scores, but set to groovier territory! Production is sublime – and there's lots of numbers that are every bit as on-point as his music for Eugenie Sade 70 – on titles that include "Autostop", "I Want It All", "Notte Inquieta", "Autostrada Per Los Angeles", "Nostalgia Di Un Incontro", "Dondolo", "Drive In", and "Senza Titolo". 2CD version is greatly expanded past any other reissue – 35 titles in all, and over 100 minutes of music!  © 1996-2022, Dusty Groove, Inc.