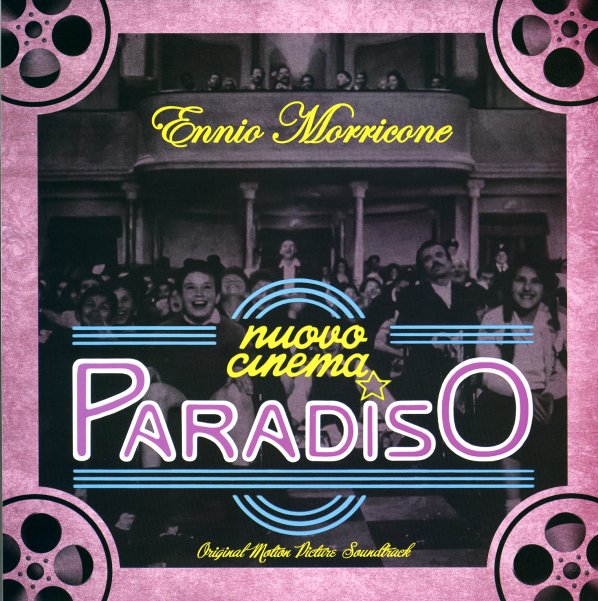 A famous later moment from the great Ennio Morricone – a score that's almost as famous as the film for which it was written – and music that's as filled with a sense of timelessness and sentiment! The orchestrations are lush, but never overtone – and the strings are beautifully punctuated by piano lines, acoustic guitar, and haunting woodwind solos – very evocative, in the best slow-building Morricone way! Titles include the classic title theme – plus "Maturita", "Infanzia E Maturita", "Prima Gioventu", "Fuga, Ricerca E Ritorno", "DalSex Appeal Al Primo Fellini", "Toto E Alfredo", and "Per Elena".  © 1996-2022, Dusty Groove, Inc.
(Limited edition – on "crystal" clear vinyl!)