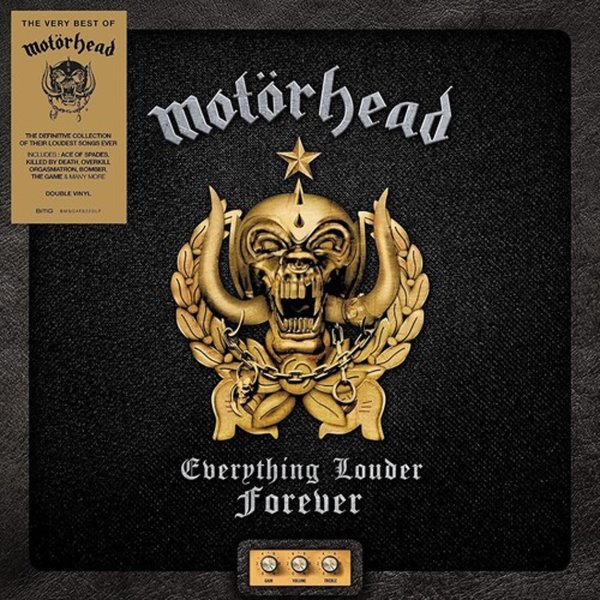 Everything Louder Forever – The Very Best Of Motorhead

They certainly got the title right on this one – because once Lemmy left Hawkwind and started Motorhead, the music definitely louder forever! This overstuffed set brings together a wealth of classic material from Lemmy and the group – mostly work from the first decade and a half, when their loud, fast energy was coming up in the punk generation, but setting the stage for countless metal and hard rock variants to come – imitated by many, but still best when performed here by the originals! Titles include "Ace Of Spaces", "The Game", "Orgasmatron", "On Your Feet Or On Your Knees", "Overkill", "Snaggletooth", "Motorhead", "Cradle To The Grave", "Burner", "Bomber", "1916", "Killed by Death", "Just Cos You Got The Power", "I Am The Sword", "Queen Of The Dead", and "Motorhead".  © 1996-2021, Dusty Groove, Inc.

Everything Louder Forever – The Very Best Of Motorhead (4LP deluxe version)
BMG, Late 70s/1980s/1990s. New Copy 4LP Gatefold
LP...$70.99 74.98
They certainly got the title right on this one – because once Lemmy left Hawkwind and started Motorhead, the music definitely louder forever! This overstuffed set brings together a wealth of classic material from Lemmy and the group – mostly work from the first decade and a half, when ... LP, Vinyl record album