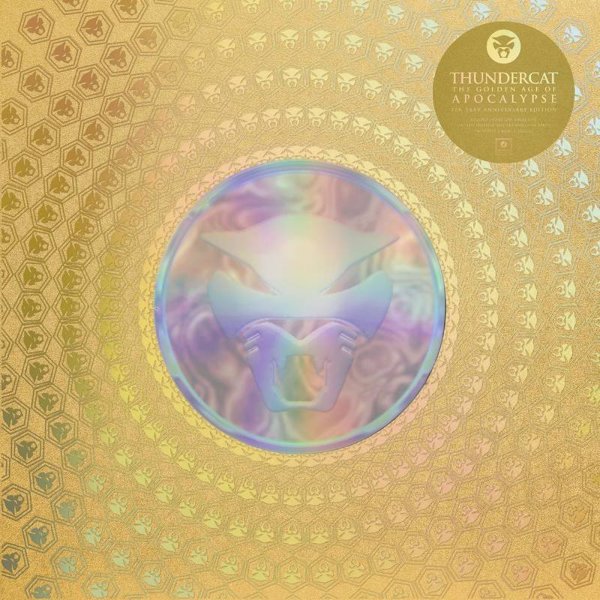 One of the great modern genre-busting debuts we've had the pleasure of being so stunned by in quite a while! Thundercat's Golden Age is dizzyingly brilliant mix of 80s clubby synths and keys, future soul & funky soundscapes, 70s soul jazzy atmospherics and more – but it's hardly a mere genre-mash, Thundercat's got a unique and inventive vision all his own. A number of tracks feature vocals, but it's really about the mood – and what an expansive mood it is! He shows love here for influential figures from George Duke to Brainfeeder honcho Flying Lotus, to Erykah Badu – great stuff and we're thinking he's only gonna get better from here. Titles include "Hooooooo" (inspired by mid 70s George Duke), "Daylight", "For Love I Come", "Jamboree", "Boat Cruise", "Walkin", "Mystery Machine", "Return To The Journey", "Golden Boy", "Walkin'" (feat Erykah Badu) and more.  © 1996-2022, Dusty Groove, Inc.
(Limited ediiton 10th anniversary red vinyl pressing – with 2 bonus tracks, deluxe foil packaging & holographic sticker.)