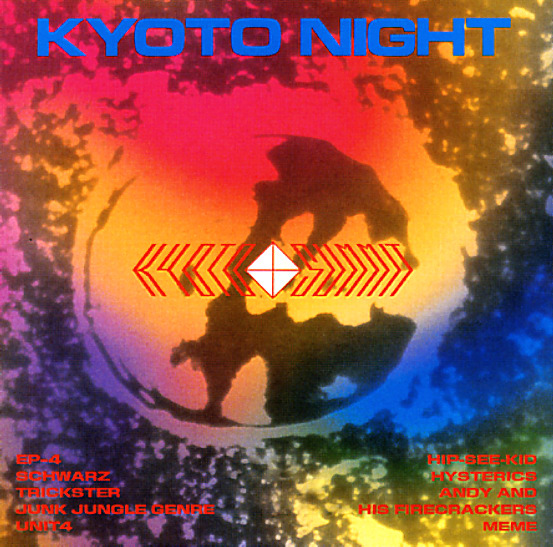 Funky dubs, electronic pop, and more – all pulled together in a great collection of work from the left side of the Japanese scene in the 80s! Most of these groups never made an impact outside of Japan, but they're working here in a style that reminds us an awful lot of some of the best British work from the earlier part of the decade – some in modes that are in the rougher, more industrial side of the spectrum – others with a sound that's a bit more hook-heavy and catchy, often with English lyrics that might have helped the tunes cross over to a bigger audience. Titles include "2000 Light Years From Home" and "Stand Up Boys" by Trickster, "Any Woow" and "Dirac & Michaux's Cold Room" by EP4, "Home & Abroad" and "La-ter" by Schwarz, "Yummy Yummy Yummy" by Hysterics, "Flower's War" and "Dead Romantic" by Hip-See-Kid, "Charly Chang From China" by Andy & His Firecrackers, and "Rugged Trap" by Meme.  © 1996-2021, Dusty Groove, Inc.
(Out of print, includes obi.)

American Boogie Down – America's Lost Disco, Funk, & Boogie
Past Due/BBE (UK), Late 70s/Early 80s. Used 2CD
CD...$11.99 (LP...$22.99)
Two great labels, teamed up in one mighty compilation – a massive batch of rare club tracks unearthed by Chicago's Past Due label, packaged together wonderfully by the folks at BBE! So far, Past Due's efforts have only surfaced as expensive 12" singles – so this collection is the ... CD