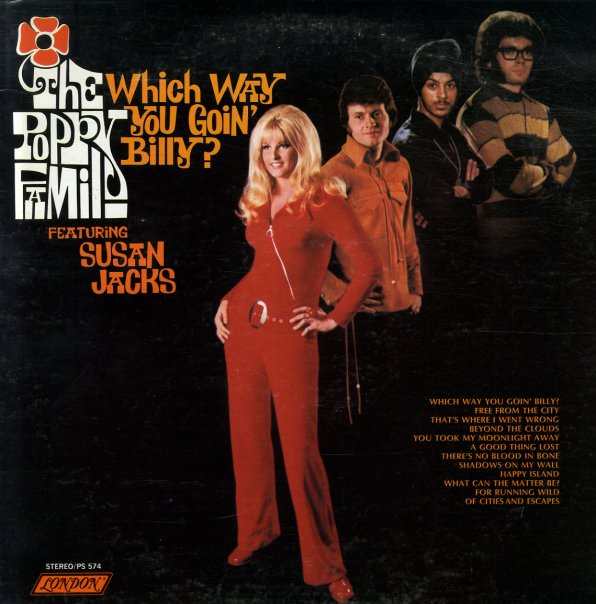 A really sweet record from the Canadian scene at the end of the 60s – and a set that feels a lot more like a California-styled version of Sunshine Pop than you might expect! The group's an initial vehicle for the husband/wife team of Susan and Terry Jacks – the latter of whom would blossom as a big AM radio star in the early 70s, but who here steps aside and lets Susan take the lead on most tracks – singing in this slinky style that really fits her look on the cover, with support from instrumentation that includes some psych-styled guitar lines, fit to a more mainstream mode – occasionally touched by nice use of percussion too. Titles include their huge hit "Which Way You Goin Billy" – plus the tracks "Free From the City", "Beyond the Clouds", "There's No Blood In Bone", "Happy Island", and "Of Cities & Escapes".  © 1996-2021, Dusty Groove, Inc.

Sugarloaf (Japanese paper sleeve edition)
Liberty/Big Pink (South Korea), 1970. New Copy Gatefold
CD...$18.99 22.99
A fantastic debut from Sugarloaf – a group who managed to use the Hammond organ in ways that were just as strong as the guitar in most other groups! The approach here seems to draw a lot from all the best changes taking place in soulful jazz – as Jerry Corbetta manages his keyboards ... CD