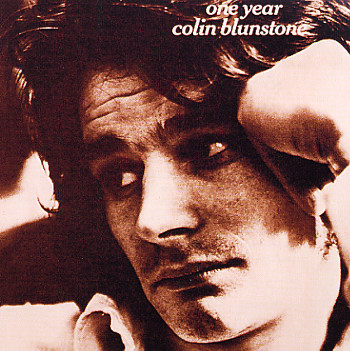 Amazing solo work from ex-Zombie Colin Blunstone – his first album after parting ways with his former group – and one of our favorite albums of all time! Blunstone's vocals were already amazing in The Zombies – especially near the end – but this set takes things even further, by blending his sublime lyrics with spare arrangements that often just feature simple string passages and warm piano parts – subtle accompaniment that leaves Colin strongly in the lead! The songs are wonderful – penned to recall the changes and issues of the year after the parting of the group – with plenty of help from old buddies Rod Argent and Chris White too. There's never been another record like this again, and there never will be – one of the true treasures of the greatest generation of music! Titles include "Let Me Come Closer To You", "I Can't Live Without You", "Smokey Day", and "Say You Don't Mind" – plus a fantastic cover of "Misty Roses", and the more rocking "She Loves The Way They Love Her". This amazing 50th anniversary edition adds in 14 more tracks to a wonderful package – rare material that mostly features Blustone solo – with titles that include "Sing Your Own Song", "Let Me Come Closer To You", "You Really Were A Surprise", "I Won't Let You Down", "Too Much Too Soon", "I'd Like To Get To Know You", and "Are You Ready".  © 1996-2023, Dusty Groove, Inc.
(50th Anniversary Expanded Edition!)

Little Too Heavy
Sundazed, Early 70s. New Copy
CD...$15.99 16.99
The title of this one might be very well-put – as the record was almost too heavy to be issued at the time of its recording – finally seeing the light of day after way too many years in the vault! The set's a tremendous bit of American hard rock recorded at Criteria Studios in Miami ... CD