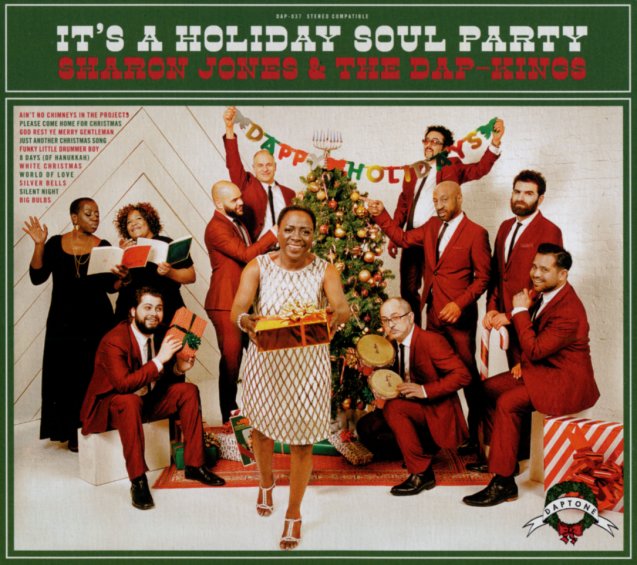 A wonderful Holiday set from Sharon Jones & The Dap-Kings – easily one of the coolest albums you'll ever hope to spin in December! The group really recreate the vibe of a classic Christmas soul album – like records from James Brown or Stevie Wonder – and do an excellent job of moving between funky numbers, deeper soul, and some righteous message cuts that remind us that the Holidays aren't always happy for everyone on the planet. And these guys also don't just hang out at Christmas – and instead touch on other December holidays too – in a sweet mix of cuts that features Sharon in the lead on many numbers, plus some great instrumentals from the Dap-Kings too. Titles include "8 Days", "Ain't No Christmas In The Projects", "Big Bulbs", "Funky Little Drummer Boy", "World Of Love", "Got Rest Ye Merry Gents", "Silent Night", "Just Another Christmas Song", and "Please Come Home For Christmas".  © 1996-2021, Dusty Groove, Inc.
(Limited edition – on candy cane colored vinyl with download!)