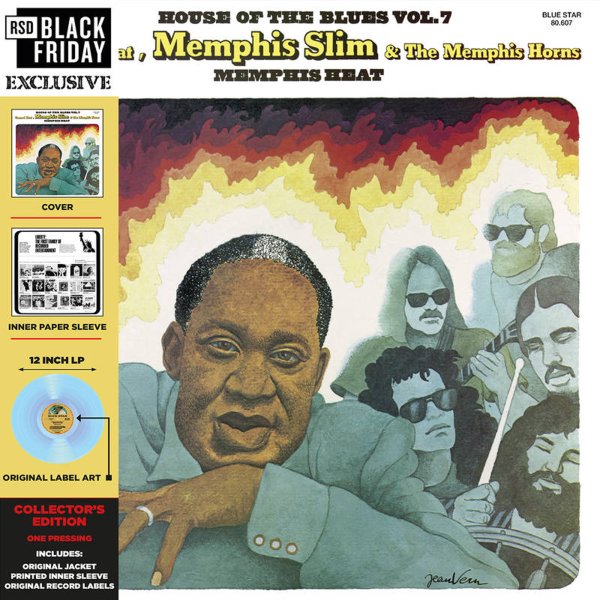 Canned Heat recorded famously with John Lee Hooker during their years on Liberty Records – but here, the blues group is in very different territory – as they work with lead vocals and piano from Memphis Slim, in a Memphis-based setting that also features added work from The Memphis Horns! The recording was originally only issued in France – part of the House Of The Blues series for Barclay Records – and it's got maybe a more blues-first, rock-second quality than some of Canned Heat's other material – with Slim on most of the vocals, except for one cut that has Joe Hill singing lead. Titles include "Down The Big Road", "Back To Mother Earth", "Mr Longfingers", "Trouble Everywhere I Go", "Five Long Years", and "Whizzle Wham".  © 1996-2022, Dusty Groove, Inc.