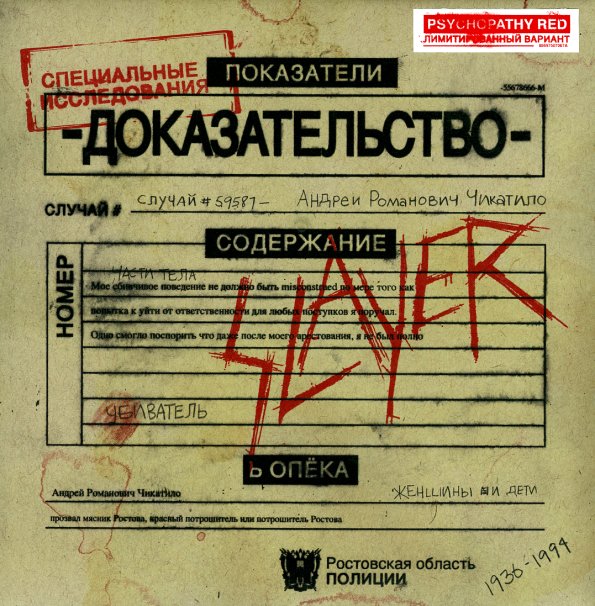 One of the first great California thrash metal bands has been slowly getting back to the pummeling ferocity of their uber classic Reign In Blood – and get even closer with the 2009 teaser track "Psychopathy Red" – we have no idea how those guys have kept up such intensity for all these years! The flip side is some eerie, cracking, backwards (?) vocal creepiness.  © 1996-2021, Dusty Groove, Inc.
(Red vinyl pressing, in the envelope style cover with printed inner sleeve.)