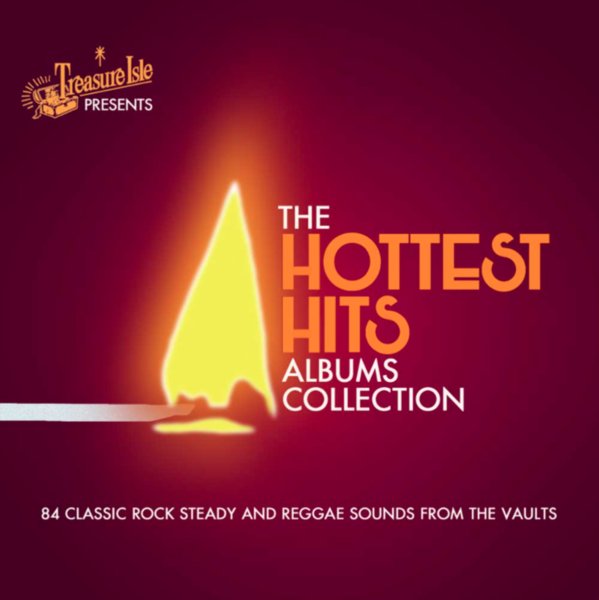 These may not be the hottest hits in pop music, but the set is a stunning collection of early reggae and rocksteady treasures from the vaults of the Treasure Isle label – that famous Jamaican imprint that was the home of producer Duke Reid – a force who really helped the sounds of Kingston step forward at the end of the 60s! In the rocksteady years, Treasure Isle was every bit as important as Studio One – maybe even more so – and the quality of the cuts here is a huge testament to the choice of artists and top-shelf handling that Reid brought to his work. In the UK scene of the late 70s, a series of Hottest Hits collections re-introduced the reggae audience to the Treasure Isle sounds from a few years before – and six of those collections are brought together here, for a whopping package of 84 tracks. Reid was especially great at working with groups and duets, and there's plenty of those here – in a selection of work from The Sensations, Melodians, Paragons, Alton Ellis, Techniques, John Holt, Phyllis Dillon, Claudette Miller, Joya Landis, Ken Parker, Tennors, Rosalyn Sweat, Three Tops, Jamaicans, Justin Hinds & The Dominoes, and many others. 3CD set features the rare Hottest Hits 3, which has alternate versions of all the tracks – and package also comes with 13 more bonus tracks too!  © 1996-2021, Dusty Groove, Inc.